A spirit of change

As I’m facing some big changes of my own now, today seems a day to reflect on changes I see around me. Last night, the news broke that Nelson Mandela has died. It didn’t take me long to get slightly irritated, as I’ve never been one for putting any one man on a pedestal and, the way many were speaking, you’d swear he was a god. Yes, that was my first reaction and it wasn’t pretty. 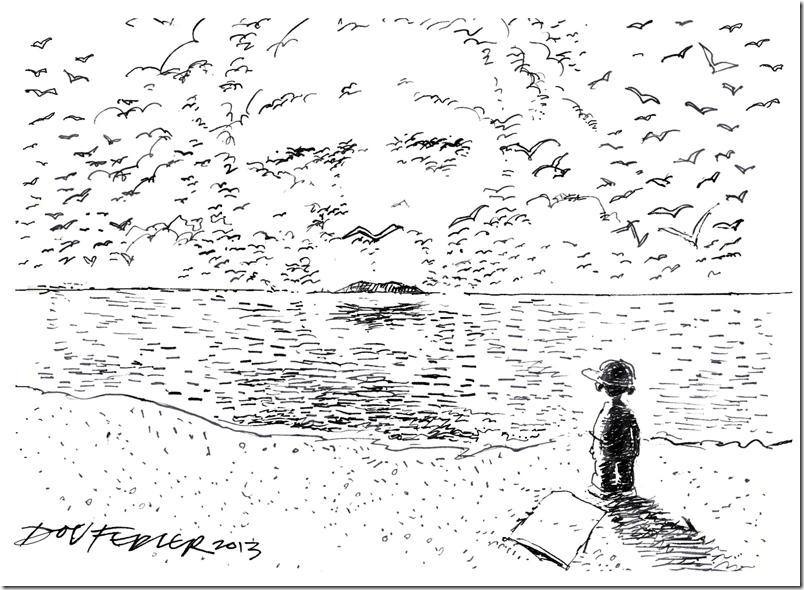 Dov Fedler pays tribute to Nelson Mandela with this image of freedom, set about Robben Island

My feelings came from a mixed bag of history, events and beliefs. Yes, we were personally affected, like the rest of my countrymen in South Africa, when FW de Klerk handed the country over to Nelson Mandela. For a long time, I saw Nelson Mandela as a man who wasn’t imprisoned unfairly – he’d committed crimes that were, by any standards, punishable. The ‘freedom’ he brought to my homeland was equally debatable, as far as I was concerned. It’s not that I was against it. I was one of those who’d argue for it, but I saw my country spiralling into a cycle of hate and crime. It still has huge issues to work through. Nelson Mandela tried. He started a process. That is not the point of this blog though. If you’re interested in that side of things, there’s an article in the Telegraph that beats the subject to death, but you’ll get where I’m coming from.

There is nothing like returning to a place that remains unchanged to find the ways in which you yourself have altered.
~Nelson Mandela

People change. Nelson Mandela, I believe, changed. He changed from the radical who felt it right to use force to make a point to a man who preached and practiced peace, a man who found a deep wisdom in himself and stood up for what was right. He spoke of love, not hate. He spoke out against violence, war and hate. He spoke against domination by any one race or colour. He spoke of freedom. He spoke of being strong. He spoke of personal power.

I learned that courage was not the absence of fear, but the triumph over it. The brave man is not he who does not feel afraid, but he who conquers that fear.
~Nelson Mandela

I still feel that too much fuss is being made over one man…. a very human man who made his fair share of rather dramatic mistakes and has a pretty chequered past. He’s no more to be honoured than many who do great things, but aren’t high profile, even those who make a huge difference in just one person because they smiled at them when that smile was badly needed.

I want to end this with the words of a friend. She put it so well at a point where I was screaming inside from seeing Mandela’s face everywhere I turned. So the world may mourn the death of its hero (all heroes have their dark side, right?). I’ll admire the man for the wisdom he found in himself and his public fight for equality for all colours and creeds.

Its so normal to mourn someone you love… whether you really know them or not… whether you see them or you don’t… whether they are rich or poor… every minute people in the world are dying YES! so does that mean someone who has touched your life in some way… even a distant way as in books or television or making a change in your country shouldn’t be honored and mourned over? the world needs to stop being picky… the conformists need to conform and the non conformists need to non conform and that’s ok… but allow people to grieve in whatever way they want to! maybe you don’t step out every morning to machine guns and bombs and maybe a family member is lying in hospital trying to stay alive and maybe you have no family at all… maybe you are an orphan in a valley somewhere wishing for Peace… maybe you don’t even know when your next meal is coming… so instead of all the opinions and all the judgments on a man who clearly said IM NOT A SAINT… maybe you can take time to appreciate what you do have right now… and allow the present moment to be as it is… Mr Mandela you changed my life… because of you, I have very special friends and I don’t want to kill them…. I love my family and friends.., I love my country and all the people in it… yes some people are really bad… and yes Government does not always get it right… but just for today can we show our humanity for people who are deeply sadden by our country’s loss… he lives on within us all… 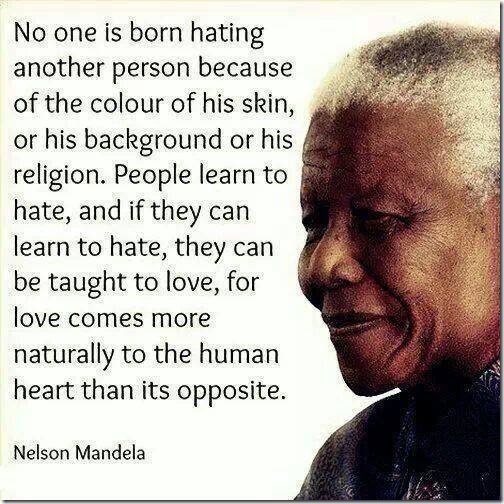 Posted by tintalasia on December 7, 2013 in politics

land, land of my birth
are you my mother
or am i an orphan

where, where do i belong
will i find a place in this world
or forever just wander around

no i don’t listen to kwaito, wasn’t born in soweto
i don’t understand you
but i want to you know

same, were both the same
we share the same heart
we’re made of the same parts

same, we’re both the same
we share the same heart
we’re made of the same parts

Posted by tintalasia on September 14, 2012 in music, south-africa

I was backing up all my blogs from Multiply. It’s not such a terrible thing. I’m rather enjoying the trip down memory lane. I found a blog which had absolutely nothing to do with Kaalvoet Klonkies, but, as often happens, the comments evolved into a hilarious bout of South Africanisms and Klonkies.

Kaalvoet klonkie basically means ‘barefoot ragamuffin’ – or at least, that’s my interpretation. To me, it holds no negative connotation, though some say it has. My gran sometimes called me a kaalvoet klonkie on those days when I played outside barefoot and grubby.

In the comments of that blog, my Dutch friend, Riete found and posted a poem/song by Gill Steward that gave us a chuckle.

I’ll tell you the story
Of Klonkie the flea
Who dabbled his tootsies
In my cup of tea.

"Sir, my name is Klonkie,
the barefooted flea
And I’m fishing for tackies
In your cup of tea.

Because as you’ll notice
My tootsies are bare
And it makes it much harder
To run through your hair!"

So that is the story
Of Klonkie the flea
Who’s still fishing for tackies
Although there’s no tea!

‘Tackies’, incidentally, are what South Africans call trainers, tennis shoes or sneakers. We’ve always joked about “…but my fleas have pink tackies!” This brought back memories :)

Sharing My Passion For Nature With The World

I would have beaten any type of cancer

Welcome to the real world

Part of my journey to contribute to a more beautiful world...

Musings From an Alternate Universe

Learning the language of the subconcious

Indulge in the beauty that surrounds us

The Adventures of an Irish Farmer

Beautiful photos of hiking and other outdoor adventures.

Living the life of the common people.

A Blog of the Ridiculous and Sublime, by Mark Sackler

A simple mans idea's to Be Prepared

Not Alice's kind of wonderland